A fun-filled evening of musical theatre entertainment on 28 May 2011, with Madeleine Rowland's singing students. This was CAMRA's first show featuring children and the first created and directed by Madeleine. 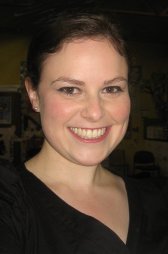 There's something about musical theatre that is instantly likeable — catchy tunes, big choruses, stereotyped characters and the buzz you get from going to a live show. As a small child l watched our family copy of The Sound of Music of Music (recorded on our VCR — ads, lotto results and all) over and over again. There was also little else more exciting than being told by my parents that we were going to a musical.

Now I'm a singing teacher and most of my students are girls aged between 7 and 13 (plus a couple of young women who, like myself, were brought up loving the Sound of Music, and one or two boys who have the theatre buzz, too). So what could be more appropriate than preparing my students to perform show tunes?

Rather than being over ambitious and attempting to stage a full musical, I created a show of some of my favourite songs from a number of different musicals, put together a variety concert. Fortunately, most of my students like the same songs as I do, and read through the proposed running order with sheer delight. For many of the performers, this one of their first big concerts; so to make it less daunting many of the songs were sung by groups of students.

Each performers got to perform numerous songs, rather than having a chance to sing only one solo, as in many other singing concerts. I also readfiled items performed by the full cast, so everyone could experience that wonderful rush you get from singing.

It was an interesting and very rewarding process prepare this performance. 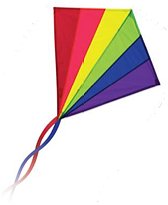 Thank you to:
The cast for your enthusiasm for this concert and for your hard work (not to mention many helpful ideas and suggestions).
All the parents of cast members who helped their kids learn the music.
Monica Li for enthusiastically taking on the role of narrator.
Leith Dudfield and Denise Manley for joining Tania and Sophie as the nuns (not to mention joining their daughters/grandaughters in a show for the first time).
Chris McNee and Gerard Ninnes for generously coming along to give us a bass line, not to mention some male solos and guitar playing.
Judith Swanson for being our audio person.
Leighton Mann for technical support and Food @ St Philip's.
Aldele Rowland and Leila Fetter for ongoing support of the director and helping with front of house.
Lorna Gamble for helping at rehearsals and with front of house
Don Rowland for the photographs.
Brian McKinlay, Patricia Whitbread and the CAMRA Inc. Committee for assistance before, during and after the show.
Revd Rebecca Newland and the St Philip's congregation for allowing us to use the church.
To the audience for coming along to support the cast