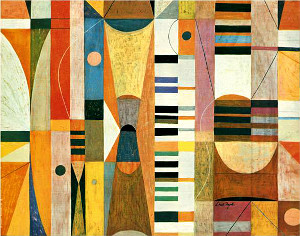 Colin also gave a short Beethoven piano recital in November 2008 in memory of the Revd Rob Lamerton, rector of St Philip's and long-time friend of CAMRA. That afternoon, Colin played Beethoven's Rondo in G Opus 5 no.2, Polonaise Opus 89 and Sonata no. 4 in E flat.

On graduating from the Sydney Conservatorium of Music, Colin Forbes became Lecturer in Piano at the Conservatorium as well as pianist and percussionist with the Sydney Symphony Orchestra. He later joined the Australian Opera as a repetiteur and has also worked with other leading concert organisations including the Australian Chamber Orchestra, Synergy and the Australia Ensemble. A study tour of Germany took Colin to the Essen Hochschule to study piano with Paul Badura Skoda. Colin subsequently taught and performed in Germany. On returning to Australia he became Head of Keyboard at Ascham School in Sydney, later moving to Canberra in 1992 to take up the position of repetiteur at the Canberra School of Music. Colin gave sonata recitals with the violinist Erich Binder (Concert Master of the Vienna Philharmonic Orchestra) on both of his visits to Australia.