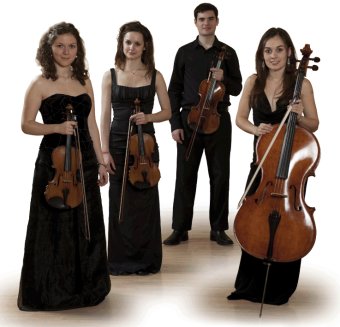 In this concert, Colin joins the Wilhelm Quartet to play the Piano Quintet in F minor, Op. 34, by Johannes Brahms.

A study tour of Germany took Colin to the Essen Hochschule to study piano with Paul Badura Skoda. Colin subsequently taught and performed in Germany. On returning to Australia he became Head of Keyboard at Ascham School in Sydney, later moving to Canberra in 1992 to take up the position of repetiteur at the Canberra School of Music. Colin gave sonata recitals with the violinist Erich Binder (Concert Master of the Vienna Philharmonic Orchestra) on both of his visits to Australia.

In 1997 Colin helped to establish the Canberra Academy of Music and Related Arts, where he is currently Artistic Director and principal piano teacher. Under CAMRA's auspices, Colin has performed the complete piano sonatas of Mozart, and prepared the music and staging of award winning productions of several Gilbert and Sullivan operettas,The Beggar's Opera, the liturgical operaOrdo Virtutumby Hildegard von Bingen, and Mozart'sThe Marriage of Figaro.

Colin has given many concerts in Canberra as both soloist and accompanist. In association with St Philip's, he has prepared and conducted numerous orchestral masses and directed performances of Handel'sMessiahand Bach's St John Passion.