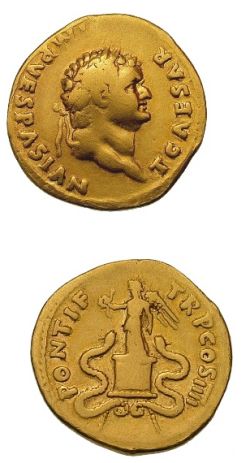 History and background of the opera

In July 1791, the last year of his life, Mozart was already well advanced in writing The Magic Flute when he was asked to compose an opera seria. The commission came from the impresario Domenico Guardasoni, who lived in Prague and who had been charged with providing a new work to mark the coronation of Leopold II, Holy Roman Emperor as King of Bohemia.

Metastasio's 1734 libretto had already been set by other composers; the story is based on the life of Roman Emperor Titus elaborating on some sketchy hints in Suetonius' Lives of the Caesars. The libretto was edited into a more useful state by court poet Caterino Mazzolà. Mozart had no hesitation in accepting the commission — at twice the fee he was used to receiving for an opera in Vienna.

King Leopold was known to favour opera in the Italian style, rather than the more Germanic manner for which Mozart was known. It is not known what he thought of the opera written in his honour, but his wife Maria Louisa is reputed to have dismissed it as porcheria tedesca, or "German swinery."

The premiere took place a few hours after Leopold's coronation and the first public performance was in Prague on 6 September 1791. La Clemenz di Tito remained popular for many years after Mozart's death; it was the first Mozart opera to reach London, premiered there at His Majesty's Theatre in 1806.

Stanley Sadie considers it to show Mozart "responding with music of restraint, nobility and warmth to a new kind of stimulus" (New Grove. Mozart, p. 164).

The opera was the inspiration for the 2006 film Daratt, by Chadian director Mahamat Saleh Haroun.

Titus Flavius Vespasianus, commonly known as Titus, was Roman Emperor from AD 79 until his death in AD 81. He was the second emperor of the Flavian dynasty, which ruled between 69 and 96.

Titus was renowned as a military commander, serving under his father in Judaea during the first Jewish-Roman War, 67 to 70. The campaign paused with the death of emperor Nero in 68. When Vespasian was declared emperor on 1 July 69, Titus was left in charge of ending the Jewish rebellion, which he did in 70, successfully besieging and destroying the city and the temple of Jerusalem. For this he was awarded a triumph and the Arch of Titus still commemorates his victory.

Under the rule of his father, Titus gained infamy in Rome while prefect of the Roman imperial bodyguard, and for a controversial relationship with the Jewish queen Berenice. Despite concerns over his character, however, Titus ruled to great acclaim following the death of Vespasian on 23 June 79, and was considered a good emperor by Suetonius and other contemporary historians.

He is known for his public building program in Rome, completing the Flavian Amphitheatre (the Colosseum) and for his generosity in relieving the suffering caused by the Mount Vesuvius eruption of 79, the fire of Rome of 80 and a outbreak of plague.

For all the accidents and disasters that befell his reign Titus was a popular ruler. After only two years of power, he died of a fever on 13 September AD 81 at his family home at Aquae Cutiliae. Some rumours claimed the emperor's death was not at all natural, but that he was killed by his younger brother Domitian with poisoned fish.