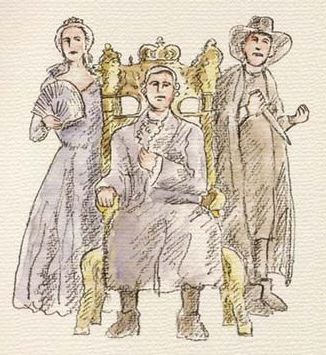 Poster from the Drottningholm Court Theatre 1987

In conjunction with CAMRA

The opera celebrates one man's wisdom and regal benevolence and his struggle to maintain clemency no matter what the provocation. Vitellia, daughter of the deposed Emperor, believes the title of Empress to be hers by right of birth. Despite her love for Tito she seeks revenge when he plans to marry another. A dreadful conspiracy begins to unfold where passion overrides loyalty, and integrity is tested to the extreme.

On Sunday 24th May, Canberra's ArtSound FM broadcast a live recording of Classical Opera-tives' production of La Clemenza di Tito in its Concert Hall program. This was part of series in May featuring Canberra musicians and entrepreneurs