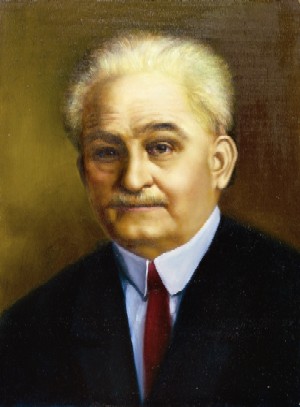 Leoš Janáček (1854-1928) is the greatest Czech composer of the early twentieth century. In his early works, which readfiled the opera Sárka (1888), and numerous vocal and instrumental works, Janáček followed a traditional, romantic idiom, typical of late nineteenth century music. Having completed Sárka, however, Janáček immersed himself in the folk music of his native Moravia, gradually developing an original compositional style, exemplified in his 1904 opera Jenufa.

Forsaking regular metrical phrasing, Janáček developed a declamatory method of setting the voice that follows the natural rhythmic patterns of the Czech language and Janáček allowed these patterns to inform the music itself. Janáček's harmonies, forms and orchestration are highly idiosyncratic. His music favours repetitive patterns, often set in stark contrast to longer, more lyrical, lines, or large blocks of sound. Dramatic effects are attained with minimal thematic or contrapuntal elaboration. The result is music of great rhythmic drive, sharp contrasts, and an intricate, montage-like texture.

At first Janáček was unknown outside of Moravia, where he was recognized primarily as a teacher, conductor, and champion of folk music. He gained national and international fame 1916 Prague production of Jenufa — a story of jealousy, murder, and innocence. This success energized the composer, who, in his sixties, experienced an astonishing creative surge, composing several masterpieces.

After the foundation, in 1918, of the Czechoslovak state, Janáček became a national celebrity. His creativity was also encouraged by affection for Kamila Stösslová, a considerably younger married woman.

Janáček's modern fame rests on his four last operas, Kát'a Kabanová (1921), The Cunning Little Vixen (1924), The Makropulos Affair (1926) and the posthumously premiered From the House of the Dead. (1930). Janáček's profound dramatic sense allowed the operas, although short, to communicate complex stories, adapt his music to the tonal and rhythmic characteristics of the Czech language, and combine music and speech to convey feelings and emotions.

In 1926, Janáček composed his Glagolitic Mass, expressing the profound spiritual bonds underlying the cultural traditions of the Slavic nations.

Janáček's work also readfiles a small number of fine chamber works, including two string quartets, the Sinfonietta, and The Diary of one who disappeared (Zapisnik zmizelého)

As well as his composition, Janáček actively contributed to his country's musical life as a teacher, critic, and organizer. Founder of the Brno Organ School (later to become the Brno Conservatory), director of the Czech Philharmonic Orchestra, teacher at the State Conservatory of Prague, and initiator of many musical festivals, Janáček greatly enriched Eastern European music education and culture.