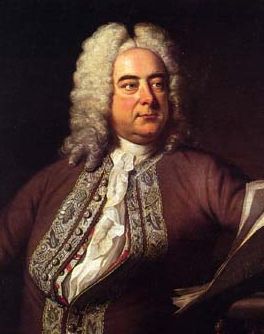 A short introduction to Handel's Alcina

In the early 1500s, Italian Ludovico Ariosto published an epic poem called Orlando Furioso, telling the story of a crusading knight who goes mad over a lost love, then travels the world trying to win her back. Ariosto's passionate characters and exotic settings attracted opera composers a century or so later, with star-crossed lovers, dark magic and madness. Many Orlando operas were written. Vivaldi wrote two; Lully wrote one, and so did Haydn. George Frederick Handel (1685-1759) created three!

Handel realised that Orlando Furioso has other worthy characters, not just Orlando. Of Handel's three operas based on Ariosto's epic, only one is called Orlando. Another is called Ariodante, after a different lovelorn knight. Alcina — with a libretto by Antonio Marchi based on Ariosto's poem— is named for one of the epic's most colorful characters, the passionate sorceress queen.

Alcina's mystical world of knights, sorcerers, love and magic inspired some of Handel's most beautiful writing. Critic Robert Hugill says that "The role of Alcina could easily have been another one of Handel's bad girl sorceresses such as Medea in Teseo or Melissa in Amadigi di Gaula. But Handel seems to have fallen a little in love with his heroine and instead presents us with a tragic figure who is really in love and who loses her magic powers as a consequence."

Handel wrote the opera for his first season at Covent Garden, with the opening performance on 16 April 1735. It was one of his biggest successes with eighteen performances. Alicina was the operatic hit of the 1734-35 season, in which Handel's company triumphed over its competitor, the Opera of the Nobility company. Contemporary historian Charles Burney said that Alcina was 'an opera with which Handel seems to have vanquished his opponents'.

Handel was already a celebrated composer when he settled in London in 1712. Yet, by the 1730s, London audiences' taste for his Italian operas was declining and he began to work with oratorio. Even though Alcina had been a success, like many of Handel's other serious stage works it fell into general obscurity; after a revival in Brunswick in 1738 it was not performed again until a production in Leipzig nearly two centuries later, in 1928.

Today it is one of Handel's most popular operas, with numerous performances and recordings.