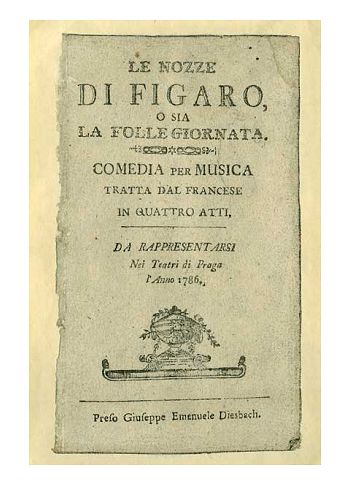 A short introduction to Handel's Messiah

George Frederick Handel (1685-1759) was already a celebrated composer when he settled in London in 1712. Yet, by the 1730s, London audiences' taste for his Italian operas was declining and he began to work with oratorio. When invited to present concerts in Dublin in 1742, Handel prepared a new oratorio--Messiah.

Messiah was composed between 22 August and 14 September 1741, with words compiled from the Bible by Charles Jennens. The first public performance in Dublin on 13 April 1742 was enthusiastically received. After the first London perfomance in 1745, however, some were shocked at the presentation of the sacred story of Christ in a theatre. Messiah became a popular success after Handel donated its use for many charity performances. He conducted it in his last public appearance.

Messiah is not written for church worship; Handel's creative life was in public performance. But his understanding of the work was spiritual as well as theatrical. Legend has it that Handel said after finishing the Hallelujah chorus that "I did think I did see all heaven before me, and the great God himself!" In Messiah, Handel draws us into the narrative, inviting us to consider its portrayal of God's salvation in Jesus Christ.

Messiah is not the life story of Jesus, but the story of God's redemption through Jesus as God's promised Messiah. It was especially intended for Lent (when opera was not performed) but is equally suited to Advent reflection on the Gospel story. ("Messiah" is from the Hebrew word Mashiach, meaning "Anointed One." The Greek equivalent, Christos, gives us the English word "Christ".)

Part I celebrates the birth of Christ, in prophecy, fulfilment and thanksgiving. Part II tells of Jesus' death and resurrection and their significance. Part III is an affirmation of faith, building into majestic praise.

Most of Handel's oratorios are dramas on Old Testament subjects. In Messiah, however, the singers do not represent characters in a story. Christ himself does not appear, nor are his words quoted.

Messiah is written with great care and unity of conception. The meaning of the text governs musical form and sequence. Some passages have an Italianate style; others draw on Handel's German experience. The whole is a vast anthem, blending elegant melody, virtuoso solos and a variety of chorus styles. Compared with the operas of Handel's day, oratorio allows the chorus a greater role in the drama.

Handel made many changes to Messiah, reorganising, adding and deleting pieces, re-scoring for various voices, venues and sizes of orchestra. To decide the most "authentic" form of the work is complex and controversial.

Messiah was first published in 1761 and many since have attempted 'improvements'. Most famously, in 1788 Mozart changed the orchestral style and instrumentation for a larger more modern orchestra. His version is still sometimes used. In the twentieth century, Sir Thomas Beecham commissioned rescoring of the work for large modern forces, embellishing the Hallelujah Chorus with piccolo and cymbals.(!)

In May 1774, 500 singers and instrumentalists performed Messiah for the 90th anniversary of Handel's birth (a year early!) starting a tradition of ever larger performances. There were 644 performers in Westminster Abbey in 1834 and over 3,000 in festival performances at the Crystal Palace, with huge audiences. Such events popularised the music, but strayed from Handel's intentions. The orchestra and chorus he proposed for Messiah are small even in comparison with some of his other oratorios.

In 1883, Sir George Grove began a shift towards more 'authentic' performances, with an "with an orchestra as Handel had it." Twentieth century performances largely removed editorial 'improvements' and sought to return to Handel's scores.

Messiah has long had a place in Australian musical life. The Royal Melbourne Philharmonic Choir has performed Messiah annually since the choir began in 1853, with a record run of more than 226 performances.